Population growth in the US South has exploded over the last few decades. The region gained over 1 million new residents between 2018-2019 alone and has demonstrated an astonishing annual growth rate of roughly 38% since 2010. The South is now home to nearly 126 million inhabitants – more than double the population of the Northeast.

As population in the region steadily grows, rural forest landowners who were once many miles from anyone are increasingly impacted by the perpetual sprawl that is bringing new housing developments, schools, and shopping centers to their backyards. The US South continues to transition from a rural to more a urban/suburban region as small to medium sized towns are expanding rapidly, mimicking larger cities such as Atlanta, Charlotte, Nashville, Birmingham, Jacksonville, New Orleans and Houston. Rural land is converted daily from forestland and small farms to retiree residences and businesses. 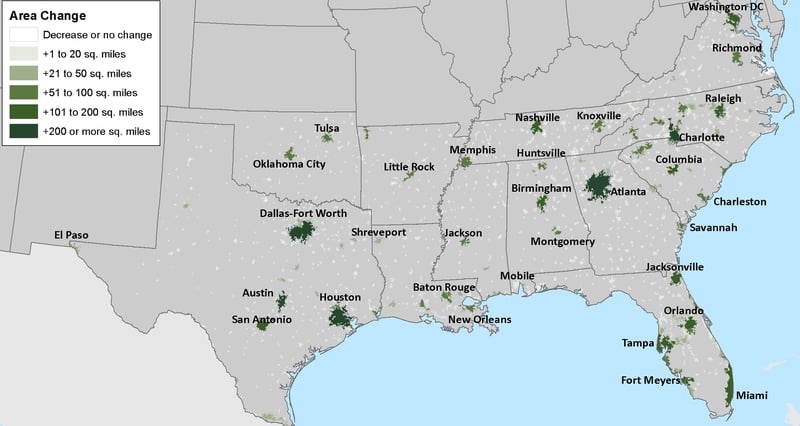 In fact, between 1982 and 2012, developed land increased by 19.3 million acres (79.9%) from 24.2 to 43.5 million acres in the South. This means that around 46% of the conversion to development that occurred in the entire US during this period occurred in the South, an area that comprises just 22% of US land area. Between 2000 and 2010, the Atlanta urban area alone increased by over 680 square miles, the most of any urban area in the United States during this period.

Land use change and urbanization in particular are potentially powerful influencers on forests, and this kind of growth will continue to add pressure to regional forest resources and make forest management increasingly difficult. Prescribed burning, arguably the best tool that a forest manager has, is no longer even an option in many areas in the South due to safety and legal concerns. Additional anxieties for southern forest owners are zoning regulations that prohibit or severely limit timber harvesting, littering and dumping, trespassing, illegal hunting, drains on water resources, hurricanes and pollution (air, noise, and water).

This is a fair question, given the confluence of events that have unfolded across the South since the mid-1990s, when planting pine trees was seen as a profitable long-term investment and the outlook was optimistic. However, no one could have foreseen the economic fallout from the tech bubble that burst in 2000 and the total economic collapse that then transpired in 2008, which resulted in a number of structural changes across the forest products industry.

We have covered these impacts extensively over the last several years and while current timber prices are governed by the relationship between supply and demand in the market, this fact does little to assuage the frustrations of southern landowners who have watched downward price pressure steadily chip away at profit margins for their timber assets.

Total pine sawtimber inventory and harvested volume have increased at similar rates in the South but growth still outpaces removals by roughly 82%, resulting in a surplus of pine fiber that accumulated during the Great Recession and its aftermath. It is the sale of this pine sawtimber that drives southern timberland owner returns, and prices are now stuck at all-time lows as excess inventory has limited an upside price correction and will continue to do so for years (though intense harvesting and competition will occur in local markets).

As a measure of overall sustainability, this oversupply of timber is one of the contributing factors that makes the South such an attractive investment opportunity for forest products companies and has led to numerous upgrades and expansions of existing sawmills. While timber supply is a major consideration for expansion projects, it is far from the only factor; labor pools/costs, competitive market dynamics, transportation conditions and haul distances are equally important concerns. For the global forest industry, the US South has it all. It is a premier destination, as prices have remained low and globally competitive with little volatility—important criteria for investment decisions.

This is the paradoxical situation in which many southern timberland owners find themselves. There is strong demand for their resource, but there’s just too much of the resource – or too little demand – depending on who you ask. At the same time, increased urban pressures are making forest management more difficult, rampant development is driving land prices (and taxes) higher, and timberland management expenses (site prep, replanting, stand management) continue to go up. For the foreseeable future, timberland owners are likely to experience the downside of this market dynamic.

A recent article in the Wall Street Journal covered this very predicament and provided some additional historical context. Many southerners inherited their timberlands, which has been passed down through multiple generations and was oftentimes converted from arable cropland many decades ago. Government incentives of the time were appealing, and growing trees was far less demanding than tending to annual crops. With steady demand and financial returns through the 1990s, continuing the legacy just made financial sense.

But timberland owners must make a multi-decade commitment when they decide to plant a tract of timber. The long rotation periods of planted pine mean they must wait 25-35 years for their investment to mature. For additional context, just think of the myriad structural changes to markets, economies and governments that have occurred over the last 20 years. In 2000, we were still using pay phones, paying our bills with checks, and were unaware of the global war on terror that would reshape geopolitics over the course of the next two decades.

As noted above, increasing population and urbanization in the Atlanta area has put pressure on nearby forests. Figure 2 below shows an area approximately 33 miles southeast of Atlanta in Henry County as it existed in 1993, and Figure 3 shows the same area in 2016. What was once a well-stocked timberland plantation (with some hardwood inventory) in 1993 was thinned between 1993 and 1999 (not shown). By 1999, the first segments of a housing development were started (not shown). By 2005, the rest of the development had been established on the previously-thinned timberland and the area looked much as it did in 2016. 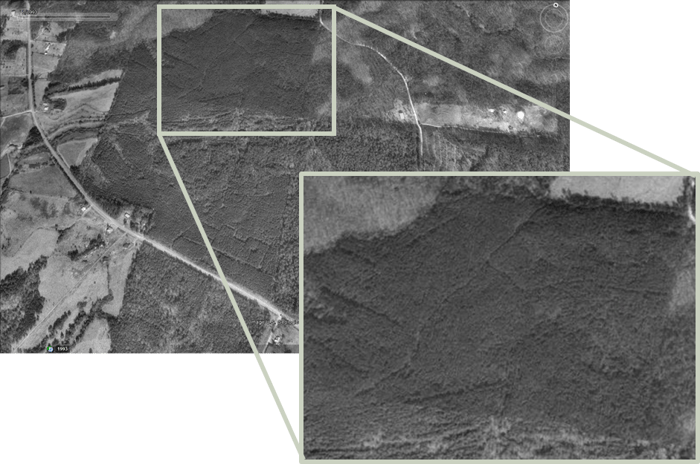 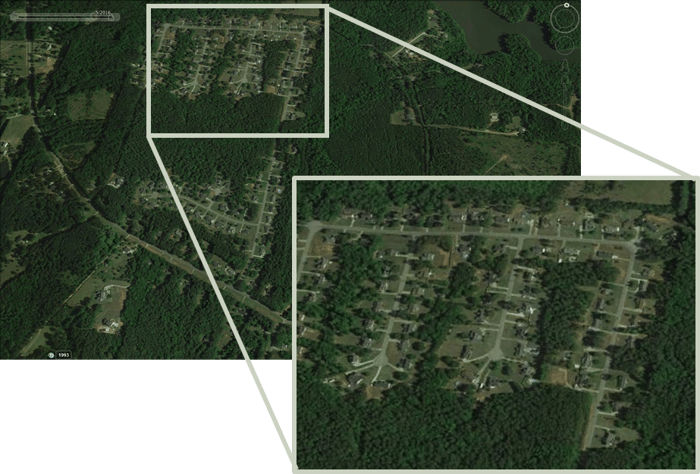 In contrast, Figure 4 and Figure 5 show a portion of Fairfield County approximately 33 miles northwest of Columbia, South Carolina as it existed in 1994 and 2016; the area was primarily pine plantation during this period. Diverging from Atlanta’s urban area expansion of 680 square miles, the Columbia area gained only 111 square miles of urban area between 2000 and 2010. An area that had been clearcut by 1994 (Figure 4) had been replanted and thinned by 2005 (not shown). By 2016, the previously clearcut area was well-stocked with growing new sawtimber (Figure 5). 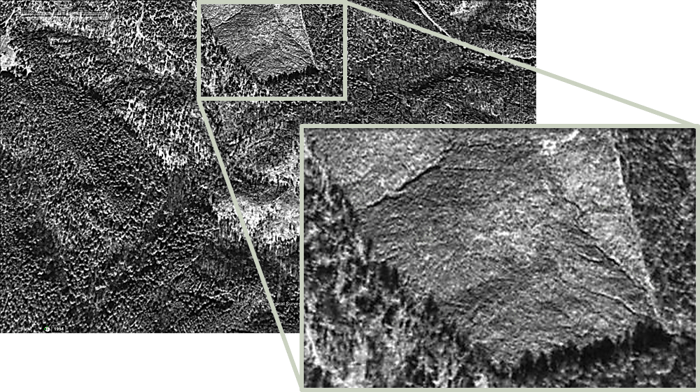 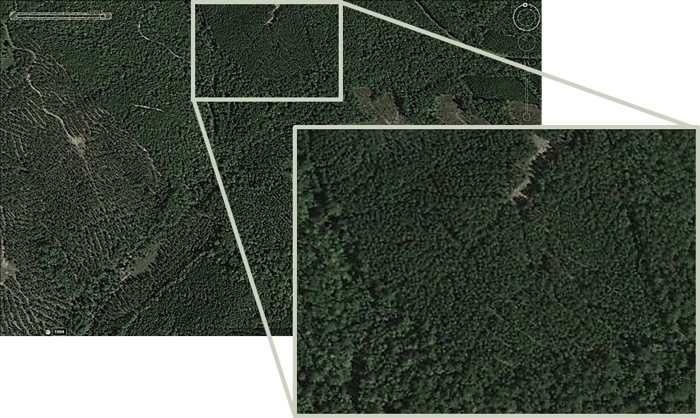 While it is impossible to know the specific motivations of the landowners involved in these two scenarios, they do provide important examples of what can happen to timberland when land use changes. In the first case, it can be subject to urbanization pressures resulting in permanent conversion to suburban development. In the second, it can be continuously managed, regenerated and maintained as productive timberland.

With increased costs and pressures from nearly every angle in combination with flat financial returns for the foreseeable future, many timberland owners throughout the South are faced with a series of challenges.

What options do these landowners have?

In the next segment, we’ll look at some potential outcomes – and creative solutions – that southern timberland owners have employed as regional forest markets continue to evolve.

How Much Money is an Acre of Timber Worth?

How Many Tons of Wood are on an Acre of Land?