As we’ve discussed in previous posts, when examining any sort of market trend across the pulp and paper supply chain, it’s not only important to keep up with the major players in your backyard and in your unique sector; it’s equally important to maintain awareness of what’s happening in the P&P industry in other markets and countries around the world as well.

For example, Indonesia’s pulp and paper capacity growth experienced a CAGR of 1.83 from 2014-2021 and currently has 115 operating sites. While these numbers don’t necessarily compare to those of China, the United States or India, they still play an impactful role in the interconnected global structure of the P&P industry. As a dynamic market, it’s important to understand the current state of Indonesia’s P&P industry and the factors that are shaping its future.

When looking at Indonesia’s capacity trend over the last several years, it’s interesting to note the significant increase in capacity that occurred from 2014-2016 before it began to gradually decrease from 2017-present. In fact, Indonesia is expected to end 2022 with the lowest capacity since 2015. However, according to our data from FisherSolve, production capacity is then expected to redirect its growth in 2023 with an anticipated 8% increase.

When we break this down by major grades, there is a trend we haven’t typically seen when analyzing major grade capacity in various regions: market pulp is the clear-cut leading grade produced in Indonesia compared to the others. Within the last few years, we are used to seeing containerboard as the leading grade – however, at the end of 2022, there will be an expected 86% difference between market pulp capacity and containerboard capacity in Indonesia.

Similar to 2022, the top three leading grades in 2023 and 2024 in this region will consist of market pulp, containerboard, and printing and writing. Although, cartonboard is expected to see a significant increase in production in 2023, moving closer to the three aforementioned grades – a trend that will be crucial to keep an eye on. Most of the other grades are not expected to move as much over the next two years. 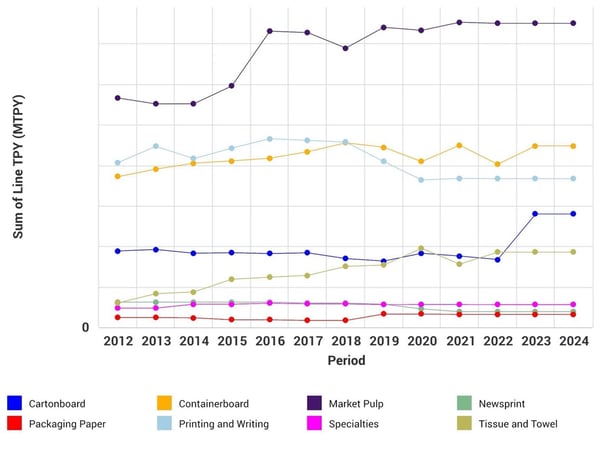 The graph below illustrates a cost breakdown of Indonesia’s P&P industry, and as we can see, raw material fiber (35%), pulps (28%) and energy (17%) make up the top three largest cost components – a similar trend to many other countries. 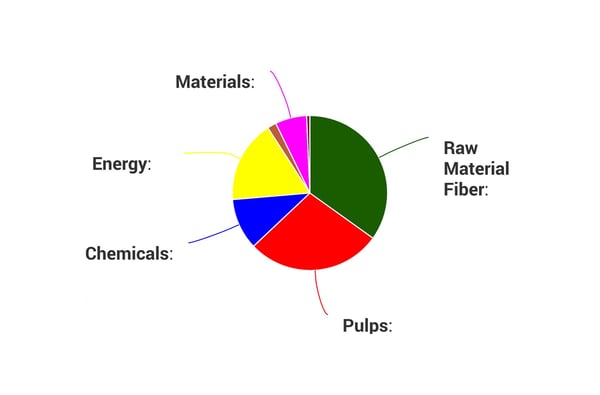 There are a number of factors influencing Indonesia’s Pulp and Paper industry, but some of the most notable include:

Overall, we believe that the Indonesian market has high potential due to growing domestic demand and global demand for P&P products. For in-depth analysis backed up by real market data, please contact a Fisher professional today.

Where Does Africa’s P&P Industry Stand and Where Is It Headed?