Typically an outlet for European product, Turkey's demand has been softer due to the country’s official holiday period closing businesses for up to two weeks. 'And there's also evidence of a weaker economy and currency,' Saeed adds. But, the circumstances around the war are making it possible for Turkey to offer its PVC at prices European producers will struggle to match.

That direct impact of the Russo-Ukraine war is among a number of indirect effects being played out in chemical intermediates markets worldwide.

‘Caustic soda markets, for example, are being indirectly impacted because the high cost of energy is reducing demand in some areas,’ she says. Romanian alumina producer, Alro is suspending production for the remainder of 2022 due to high energy costs. Since alumina production consumes significant levels of caustic soda globally, such a stoppage may open up supply elsewhere. But alumina isn't the only business sector braced for reduction... Polyurethanes (PU) production may slow more than expected too.

Russia has two producers of glacial acrylic acid (GAA) and butyl acrylate (BA), state-run Gazprom and Sibur, with a combined total of around 105 ktpa acrylic acid and 120 ktpa of butyl acrylate. Since forming a joint venture in 2019, they have actively marketed butyl acrylate in Europe, Turkey, the Middle East and South America.

Brands are increasingly seeking to cut their exposure to Russian-origin product and actively seeking alternative material due to ethical considerations. This applies also to traders and distributors.

Furthermore, the physical flow of material between Russia and Europe has deteriorated since the invasion. Sources report Russian BA supply as ‘drying up’, leaving Turkey, for example, with a tighter supply situation, and the prospect of rising spot prices. The European BA market has also firmed during March. The huge surge in natural gas prices and the bullish crude oil market exacerbated by the war in Ukraine has put pressure on producers.

‘Though contracts feature a natural gas factor for 2022, spot prices and freely-negotiated prices do not. Producers, therefore, are likely to scale production to only fulfil contractual requirements as natural gas prices continue to spike,’ Khan adds. Propylene is the other key raw material for oxo-alcohol production, propylene costs are coming off but remain very high compared to other regions. However the key concern for oxo alcohol producers is the cost of natural gas. Export demand for oxo alcohols is also being impacted by the higher costs of production in Europe, says Khan, with European prices unable to compete with low Asian prices. Prices for Chinese 2-EH in particular have dropped considerably in recent months due to low demand in China, caused in part by the lockdowns across the country.

For downstream products such as butyl acylate – imports to Europe from Asia  are cheaper and consequently, disrupting to that industry and leading to a reduction in n-butanol demand.

With BASF’s Ludwigshafen site key to plasticiser and oxo alcohol production in Europe, cuts to natural gas supply to Germany may curtail production leading to shortages of DINP/DPHP plasticisers. 'Downstream consumers meanwhile, are concerned that demand is slowing and is expected grow weaker through the remainder of the year,’ Khan adds.

BASF's fears that Ludwigshafen production may be cut by 40% if its source of natural gas dries up is concerning MDI/TDI consumers whose supply is intricately linked to benzene and toluene feedstock.

'There's a very strong drop in demand from the automotive sector, polyurethane (PU) foams, and now we are also hearing a decline in construction. All these sectors have products made from MDI and TDI so that’s the major change,' says Tecnon OrbiChem's PU & intermediates, 1,4 Butanediol & derivatives consultant Regina Sousa.

One polyols producer warned that some foam consumers could close their plants beyond the usual two-week summer break over August. Demand is that weak due to the high cost of living coming from natural gas costs, the source said. 'Some may even shut throughout August, which is in stark contrast to August 2021 where demand was very high and some plants did not shut or only had one week off for maintenance during the summer,' Sousa adds.

In terms of safeguards for future supply, besides using its Antwerp, Belgium ammonia output to offset potential shutdown in Germany as per Baader Bank's June analysis, BASF is exploring the use of waste heat from cooling water system as a low-carbon energy source for steam production.

European orthoxylene (OX) and phthalic anhydride (PA) market participants and their downstream industries are keeping their eyes firmly fixed on Nord Stream 1 as its maintenance completion date – July 21 – draws near. ‘Many have assumed a wait-and-see stance in anticipation of whether Russian gas supply will resume’ says Tecnon OrbiChem consultant Ben Edmunds.

Edmunds says many producers are reporting softening demand. To some that’s ‘a usual summer lull as the traditional holiday season nears. To others, a sooner-than-expected slump has been triggered by downstream market frustration. ‘July has become an extension of August to some, with hopes of improved clarity and prices in September,’ says Edmunds.

Where demand has softened over several months, multiple factors – including aggressive feedstock markets like soaring mixed xylenes prices, though these have begun to normalise – are being blamed along with rising energy prices. Reductions in Russian gas supply to multiple European countries these past few months has only exacerbated the recent energy concerns surrounding Nord Stream 1. Technical issues are limiting Norwegian gas output while French nuclear power station energy output is being limited by their own technical issues, maintenances and the ongoing heatwave.

‘There is talk of some European countries preparing to utilise coal power stations to bridge the gap should Russian gas supply not resume as planned,’ Edmunds adds.

Combined though, the above has not only seen demand soften but reduced production rates from some in the OX and PA value chain. Competitively priced imports from Asia – where market recovery has faltered in the wake of China’s zero-Covid measures – are stepping in to take up the slack.

‘There are no issues with MA supply at present but there’s concern around demand in late Q3 or Q4 due to the deteriorating economic outlook. Uncertainty and volatility within the raw material market and logistics has more or less helped stabilise Q3 quarterly contract prices in Europe despite the continuous softening trend in the spot market seen in the last two months.

‘Could significant cuts to Russian gas supply in the near future resurrect the supply tightness of MA seen in H1 2021? Absolutely. But what will happen to demand if factories have no power to run their plants? Downstream factories will likely shut down too,’ Hu suggests.

With the cost of living crisis intensifying later this year – with gas supply decreasing further – demand rationing will take place. ‘Then, the weight on demand could be bigger than on supply,’ she adds.

As with other supply streams, Chinese origin MA is finding its way to western countries due to poor domestic demand. Although demand within China is expected pick up in late Q3/early Q4, more new MA capacities in China are coming onstream meaning producers may seek outlets for their products overseas.

The biggest impact for the oleochemical industry is on vegetable oil prices, as the war in Ukraine exacerbated the global vegetable oil shortage and pushed prices up further. This led to higher raw material/production costs for oleochemicals.

In particular, glycerine supply has been put under pressure - a subject further explored in our blog post Vegetable oil shortage: Implications for fuels & chemicals. However, recently glycerine demand has been hit by high prices in Europe so prices are stabilising. Palm oil prices have also seen big downward corrections since June so the overall trend for the oleochemical industry is soft in the short term.

For fatty acids and fatty alcohols, no significant impact of the war on supply/demand. People are a little bit worried about demand in the second half of the year for industrial applications due to high costs and recession fears. 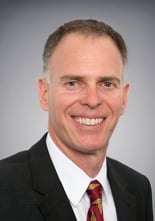 In the UK, for example, builders are dealing with shortages of VAM-based paints, adhesives and cement binders, and prices for these materials have increased 30-40% in the past year. The acetyls sector has already been hit by soaring energy and feedstock prices, and the situation would only be made worse if natural gas supplies are cut.

Any further reduction in natural gas supply would have huge implications for the polyamide (PA) industry in Europe. It was understood major producers across the region already have contingency plans in place in that event, although what those plans are exactly has not been confirmed. High natural gas costs have been a huge concern for the PA sector since Q4 2021, and pressure is mounting throughout the chain as demand has started to wane.

The polyester market continues to reel from the Russo-Ukraine war. Reduced export of Russian oil and refined products is disrupting gasoline markets, which remain tight in Europe and the US.

On Friday 17 June, a (still provisional) initial agreement at €1,490/ton was reached for PX in Europe, up €250/ton compared to May 2022. The scenario for PX in Europe follows a trend observed in other regions, especially North America, where the PX contract price increased $827/ton since May. The exceptionally high first settlement has raised concerns about the impact such a high number may have on downstream products, inventories in the chain and operating rates, as well as higher imports from other regions, especially Asia.

An earlier blog post from Rivera Nylon 6 value chains in the wake of the Russia-Ukraine war explores caprolactam and polyamide in depth.

This blog post is the latest in a series from Tecnon OrbiChem – A ResourceWise company – focused on the impact of the Russo-Ukriane war on chemicals trade globally. Click for Part I - Part II - Part III.